We've been up to our necks in soccer and football these days.

After years of sitting on the sidelines I decided it was time to get my foot in the door and start coaching these fellas.  I always wanted to coach soccer but never did, always thinking that someone else would do a better job (it was a dumb assumption...most years I was kicking myself for not doing it).  This was my year.  I did it.  And I've LOVED it!  I've loved getting involved in a game that was such a major part of my life.  Besides Church, there was always soccer. 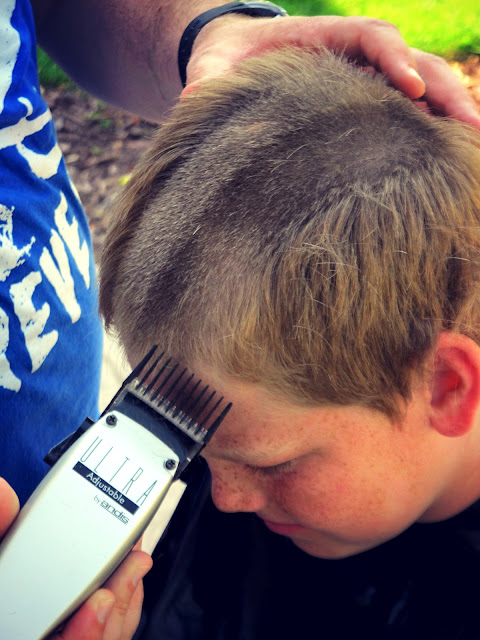 Since I started coaching, I've had gobs of nostalgia.  I realized that I am who I am partly because of this sport, because of the time, years, spent in the game.

I watched the last fifteen minutes of football camp Friday night.  The boys were running sprinting drills.  All were finished.  Except one.  A big fella.  Linebacker.  All of a sudden most of the boys ran back to this guy, running alongside of him, giving him high-fives, cheering him on.  It was awesome.  THAT'S what makes sports cool.  Those are the lessons I'm grateful my kids are learning and taking part in.  Sure, there can be a lot of crap in sports, a lot of politics, etc.  But, if you can rise above the garbage, it's so worth it. 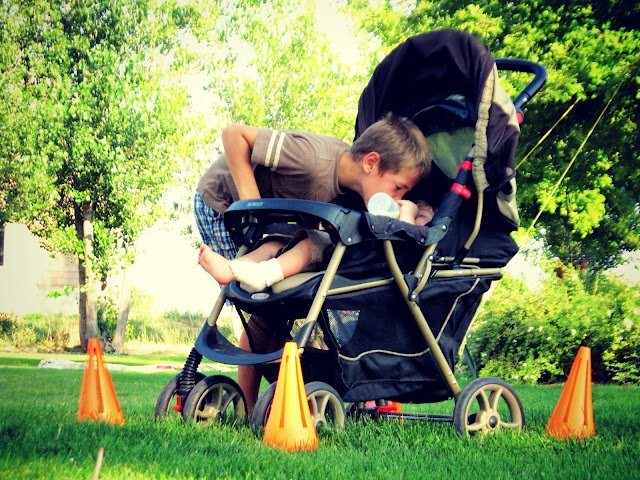 The CUTEST boundary I've ever seen.  The kids set this up before our backyard soccer game tonight.

I love sports.  I love what sports gave to me (and my husband, for that matter.  He's learned the same things).  I love what sports are doing for my kids.  Who knows, maybe they'll never fall in love with a sport, like Ben and I did.  But for now, we're living it up and enjoying the ride (hah, because you and I both know that some days, sports+kids=LIVING in your car)!

Wait a sec, you've only sworn once? No damns or hells anywhere?? That's impressive!

I've really loved coaching as well. Mind you, they've been YW sports so the skill level is about the same as mine, but those have been some of my most favorite callings! It also helps to have married an actual coach, coach. ;)
But, I'm so happy you get to coach a sport you love and I'm sure the your kids will remember you coaching for as long as live. :) How very fun for everyone!

Hon, I've surprised even myself because my mom was a "damn"er:). Nope they have never crossed these lips...well, never seriously. I have joked with a friend or two with the "hells", because it's so out of character for me. Swear words just don't seem to come to mind...I don't know why. Hell if I know (kidding). Hmm, that was inappropriate, wasn't it?

bahahahahaha! I love you. :)

Some people think that those two don't count, so if that's the case, I'm good to go! ;) (and they're rarely used.)