As my kids have grown, so has my utter enjoyment of the time we spend together. 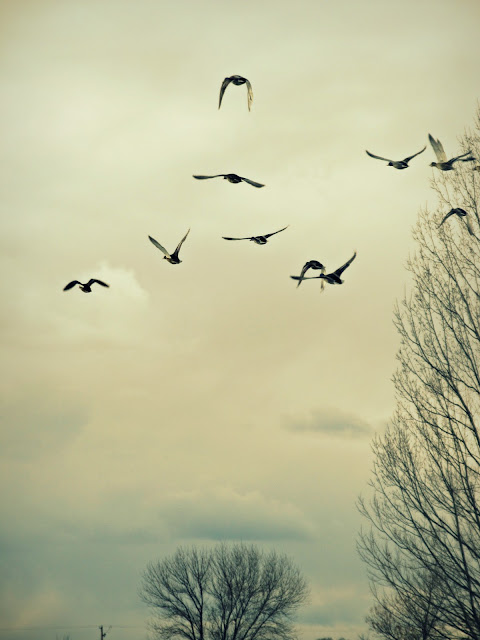 Not that I didn't love them being with them when they were small.  I did.  It's just different when they're older, when I don't have to worry so much about the logistics of being together.  When I can thoroughly enjoy just BEING, with them. 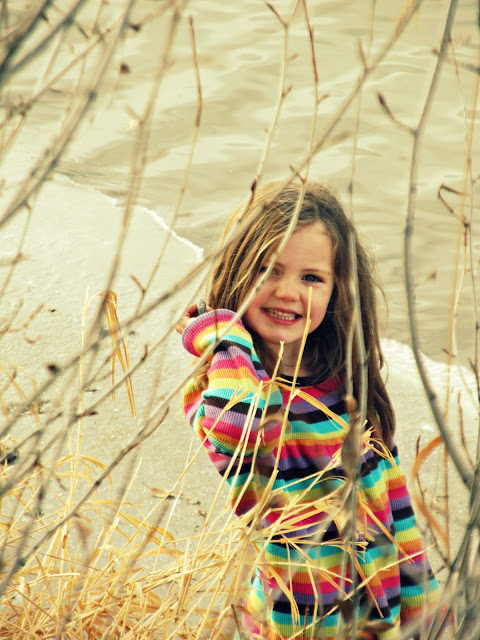 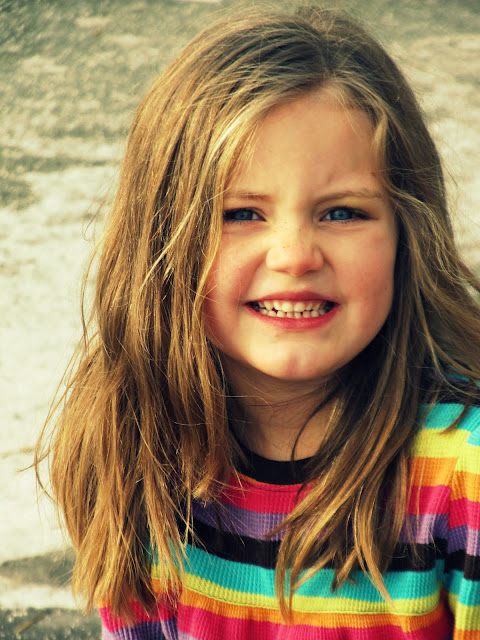 (My little beauty.)
Today felt like the first time this winter that I spent an extended period of time OUTDOORS with my kids.  In the summer, I LIVE outside.  In the winter, I hibernate.  The crisp air felt surprisingly refreshing, cleansing. 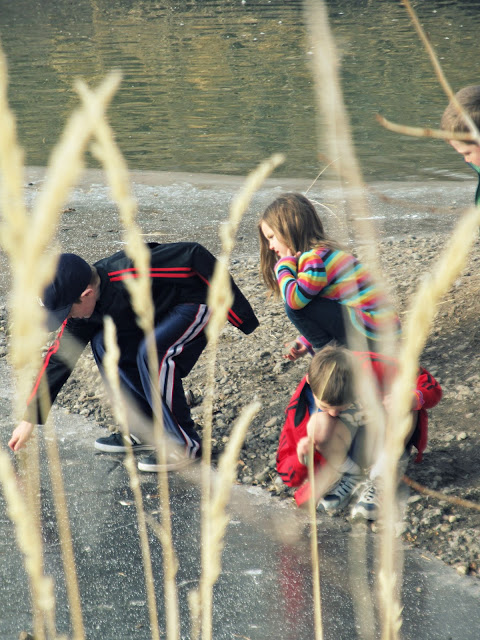 We spent a good deal of time at a little nature park, feeding the ducks, walking on an ice-covered pond.  I was a little nervous, until I saw an entire family walking clear across the middle (not too smart, in my opinion).  I seem to have a nack for imagining worst-case scenarios. 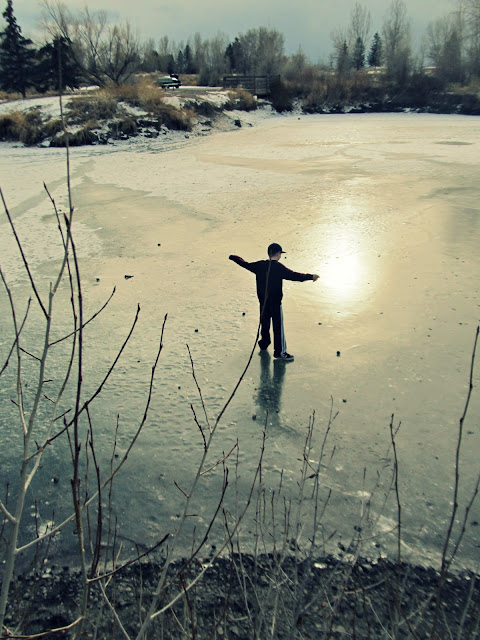 Watching the kids feed ducks was my entertainment.  The biggest goose had his eye on Lincoln.  Several times he gave Lincoln a run for his money.  You mess with a goose, you get the beak!  Even a humungous goose has its limits.  This was a very hands-on lesson for Lincoln.  I'd say he learned it. 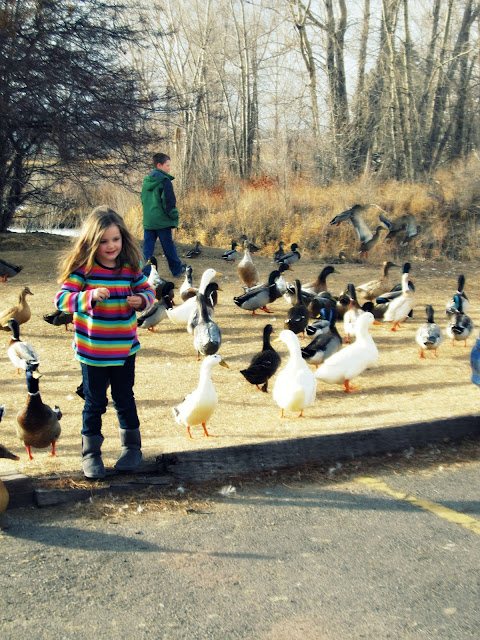 I was lucky enough to love on this little guy when it got too chilly outside.  I took this picture of him in the crook of my arm right after nursing him.  Oh, how I love this baby. 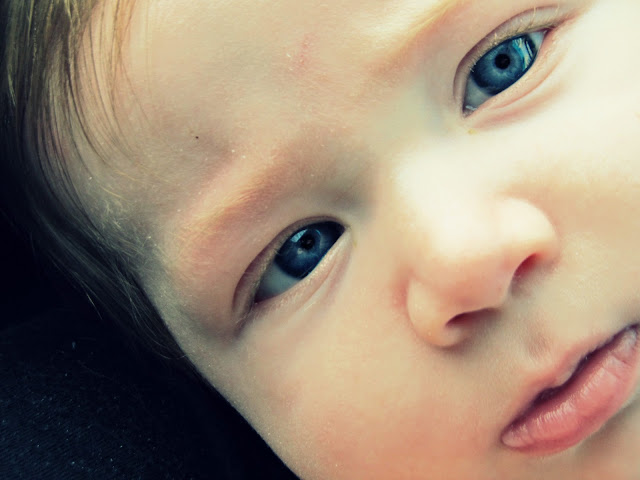 ﻿
Several times I caught myself looking at Will.  What's up with the flat-brimmed hat?  I've seen several teenages wear their hats like that lately, and, well, it looks so funny.  So many times I wanted to curve the tar out of that hat!  But, I kept my hands in my pockets. 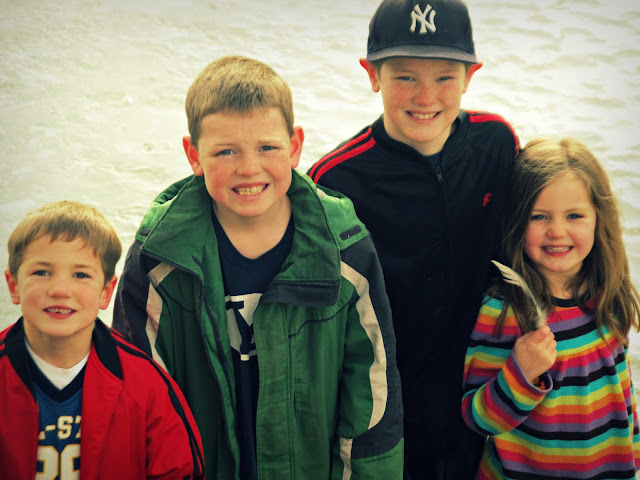 Speaking of Will, after the nature park we went to their school playground.  The kids were playing to their heart's content until Will came running to me, arms flailing, high-pitched screaming, the works.  I couldn't figure out what happened.

He opened his mouth.  Sure enough, two teeth were completely broken 3/4 of the way up.  A front tooth and one next to it.  Poor fella, I think he thought he would die.  He didn't know how to react.  Luckily, I kept my cool, reasuring him that 1) he wouldn't die, and 2) it can be fixed, quite easily.  He took comfort in that, but, through his tears said he didn't want to go to school until it was, indeed, fixed.  We got the first opening, tommorow, 8am, to fix his smile.  I don't want to think about how much it's going to cost.  We're still paying-off the baby expenses and Lincoln's surgery. 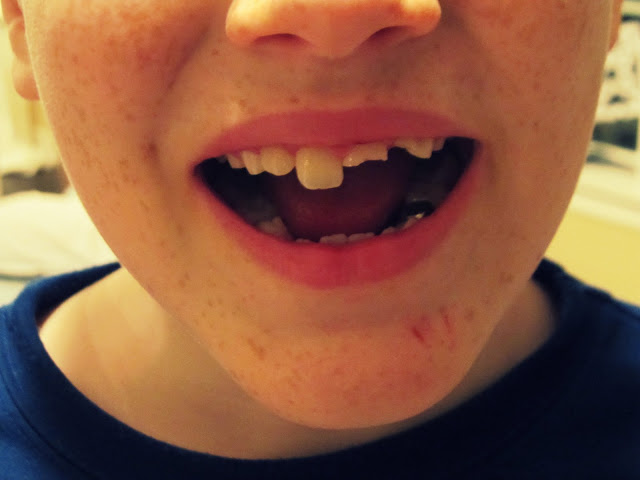 Will gave permission to use this picture ONLY if I didn't say who it was.  So, I'm not telling you whose smile that belongs to.  Make your best guess:).

I'd say this was a pretty abrupt end to our wonderful, wintry day.
at 10:37 PM

Oh no! Poor guy! That happened to one of my boys last summer, only a bottom tooth! Thank heavens for dentists!

And before that injury, it does look like a perfect day at the nature park. My kids love those ducks! I love your photos. Makes me want to join you! Wish we could! Loves!

Oh, poor Will!! That happened to Caden's top tooth, too, and it has been such a pain. It's broken off again three times! But it looks like you had a great day until then...

Lanette!! We got your cute Christmas card, thanks so much for sending it! I wanted to send ours to you too, but I couldn't find your address!! I can't believe how big your kids are! Poor Will, those teeth--and Annie, hello? Gorgeous! And that little Sammy, so cute, congrats! It was soooo good to hear from you! Love you guys!!! :)