We have three kids playing spring soccer.  Saturdays are crazy.  I have dreams the night before that I can't find a shin guard or a jersey or a sock.  It literally feels like the end of the world.  You know those dreams.  It's nice to wake up.  Nice to know that I'll have time to find that missing jersey. 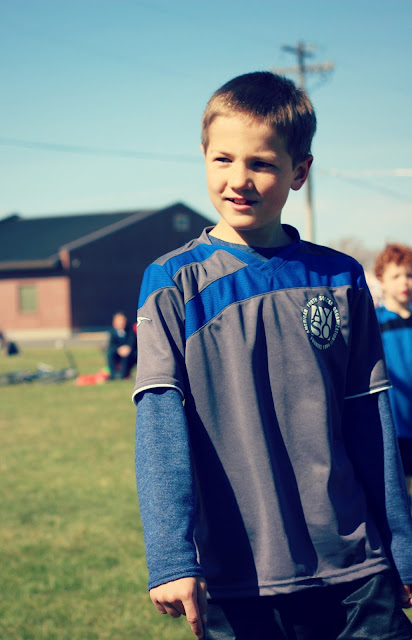 We took a break from activities during the winter.  It was a good thing, until it wasn't.  The kids got tired of each other.  It happens.  There is such a thing as too much time together.  As much as I love them, even I need a break once in a while.  It was time to get the kids involved in something again.  I could feel it. 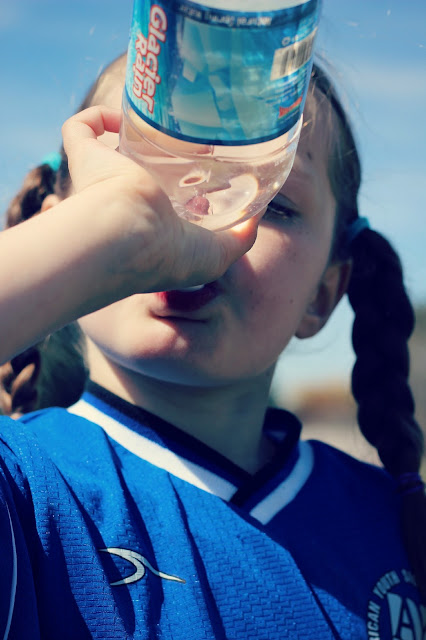 My kids needed to remember what it's like to commit to something and stick with it.  Even if it's cold.  Even if it's raining or snowing.  Even if they're tired.  Following through.  That is a big life lesson, the difference--if learned--between mediocrity and greatness.  Little moments along the way build on each other, proving to them that they are strong, capable.

Enough theory, let's get down to the nitty-gritty.

Watching kids play soccer is hilarious.  Lincoln is an animal.  He scores the goals.  Sometimes, I question his form. 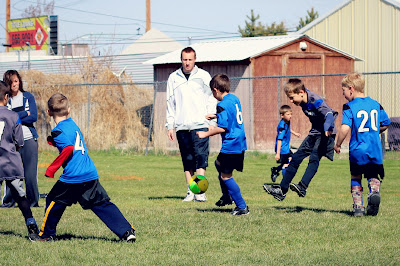 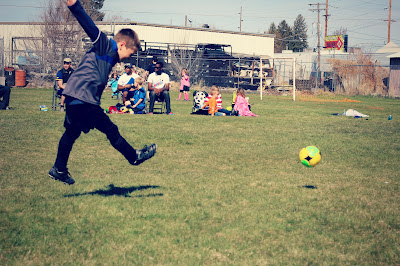 Other times, I'm not so worried.  Attaboy. 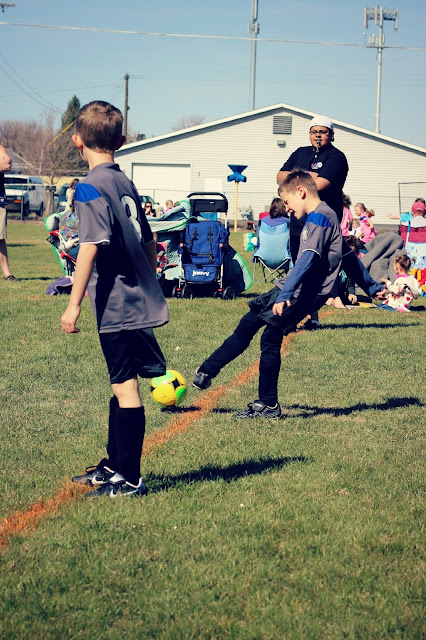 Annie, sweet girl, is trying to figure out how not to run flat-footed.  She Pounds.  Down.  The. Field.  It's painful (painfully funny) for Ben and I to watch.  Painful and so adorable.  She'll catch on. It's her first time.  She's always excited and a little unsure.

We teach and teach our kids to share, take turns, make room, and then we throw them on a field and expect them to jump in front and push their way to the goal.  My boys never struggled with the transition.  They're boys through and through.  Annie, well, she's working through all that. 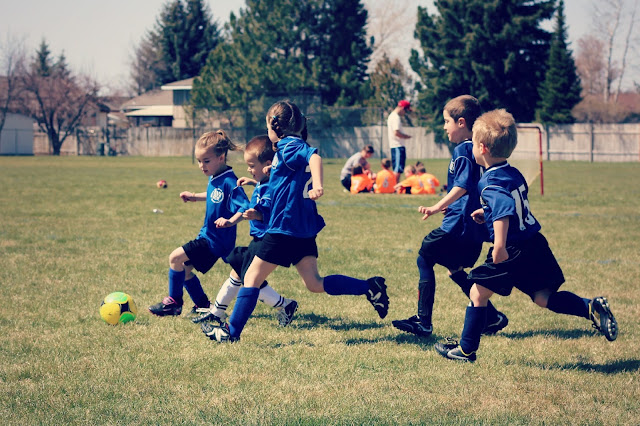 I love the smell of spring, it smells like soccer.  I love watching my children and their beautiful, strong bodies, running, laughing, collapsing from exhaustion.  It's a good thing, exhaustion, because then they go to sleep at night without any trouble, right? 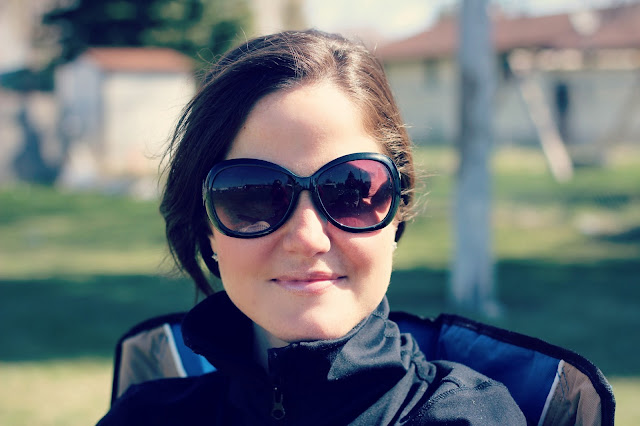 I have a soccer basket- I love it. All soccer socks, shin gaurds, socks and uniforms go right into the basket from the wash. My closet has a basket for gloves, hats, umbrellas and soccer stuff. Really cuts down on the last minute shuffle. I'm sure you have your own great idea- just passing on one of my favorite things. I love soccer too!!

Mom told me about your basket! She said how easy it was for the kids. I'm trying to figure out where I could keep it...out of sight. All my hidden corners are used up. I keep telling my kids that's what their lockers are for, but somehow, shoes and socks are always left in a car, under a seat, lost until next week.

Hope your day is great, leg-cuffs and all. I thought to myself the other day that you're going to make that hospital a brighter place for being there. Your room will probably become the "hang-out." Wouldn't that be awesome?!

This kind of information is rare in the internet. Very helpful post. I have been looking for it about a week
Click here

I am interested in the article. Thank so much. I hope to see more useful news from you.
virginia college

I am interested in the article. Thank so much. I hope to see more useful news from you.
Everest university online