Leave it to kids to create their own Halloween costumes when Mom's to-do list doesn't include costume prep, and prepare to be amazed.  Our self-proclaimed HIPPIE-ROCKSTAR took the cake.  The coolness-factor stole my heart. 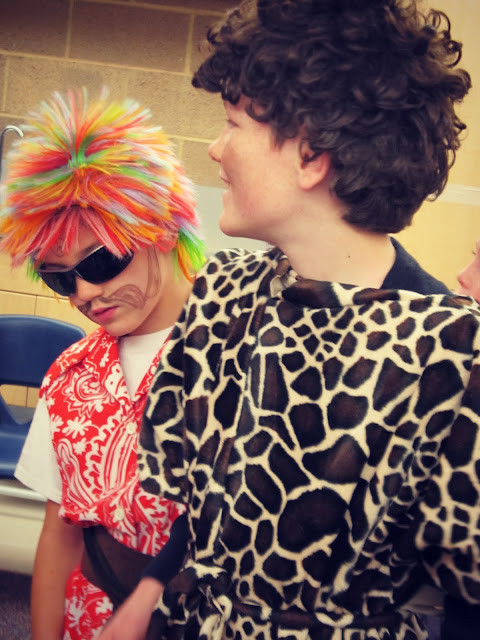 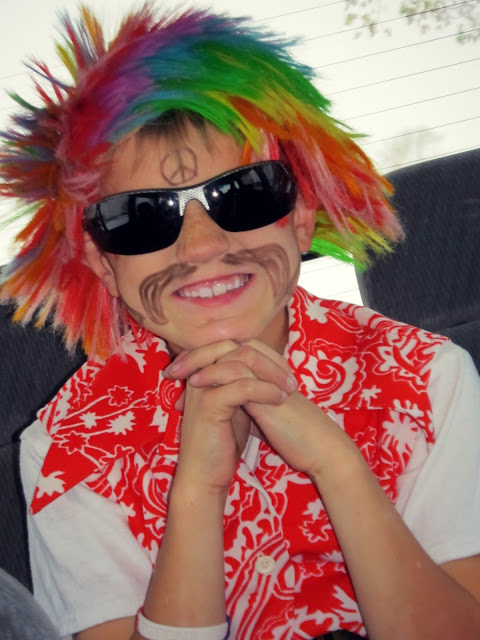 It was a dig-through-the-dress-ups-for-a-costume kind of year, if you know what I mean.  After a few grumbles about not getting a Captain America costume or a "Cosmo" costume (BYU's mascot), they moved on and promptly began to brainstorm.  Luckily, the brainstorming paid off.  They were happy (except for Annie, whose kitty mask disappeared...temporarily.  we found it later that night). 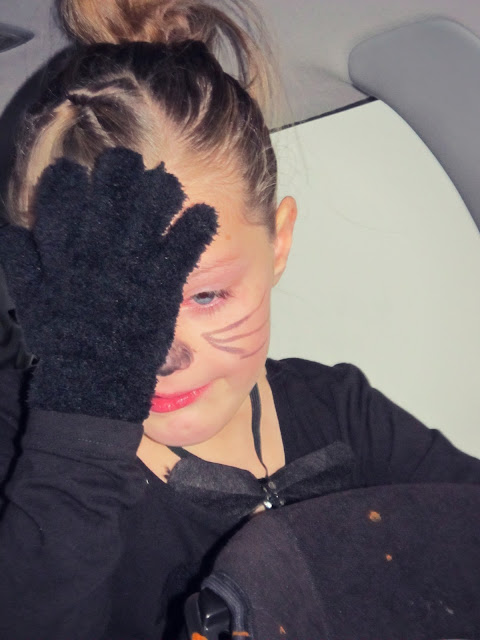 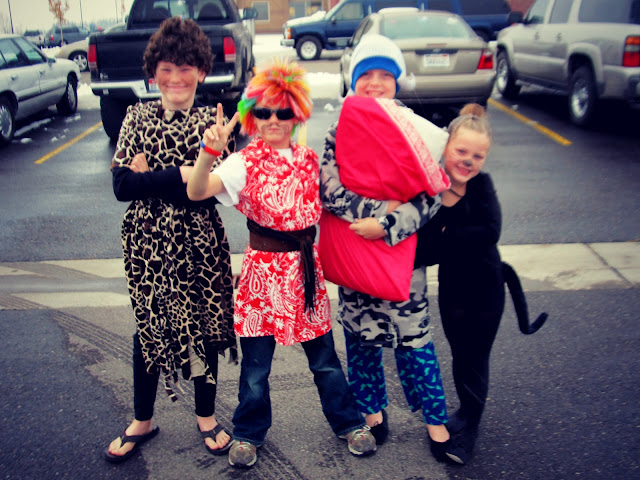 I won't deny that celebrations are fun.  I love a good party.  I love seeing friends.  The big boys made the most of their freedom from parental supervision as they blazed a trail through hoards of princesses, caped crusaders and . . . strollers.

Annie held my hand a lot.  I won't complain.  I loved it.

Ben talked hunting and football with the other dads along the way.

And Sam had pink sticky hands from a cotton-candy overdose.  Thank you, older siblings. 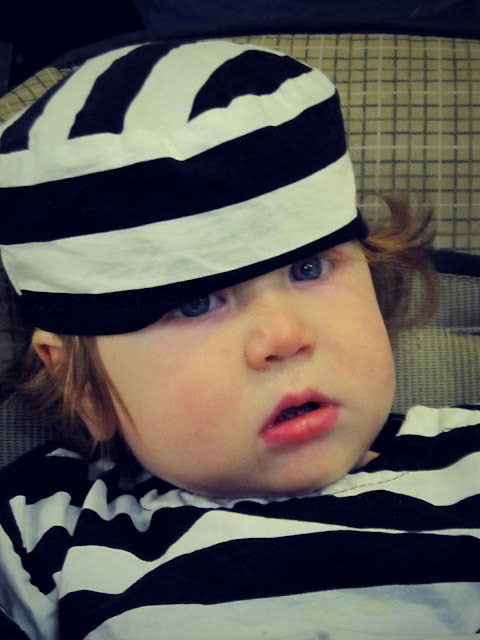 And to think, in two more days we get to do it all over again!  Can you feel my excitement?  What, not feeling it?  Hah, me neither.  Actually, it's not so bad.  I'm just not a fan of kids feeling entitled to candy and all that stuff.  I'd rather they say, "Excuse me, can I do a chore around your house and earn a piece of candy?"

My mom used to make us do some kind of "trick" before we could get our candy from people. I hated it! :)

Hah! I'm turning into your mother!

It just seems to bring out the "crazy" in kids, where they're too excited to remember anything sensible so I feel this urgency to remind them to say thank you and to be gracious and grateful for other people's generosity.