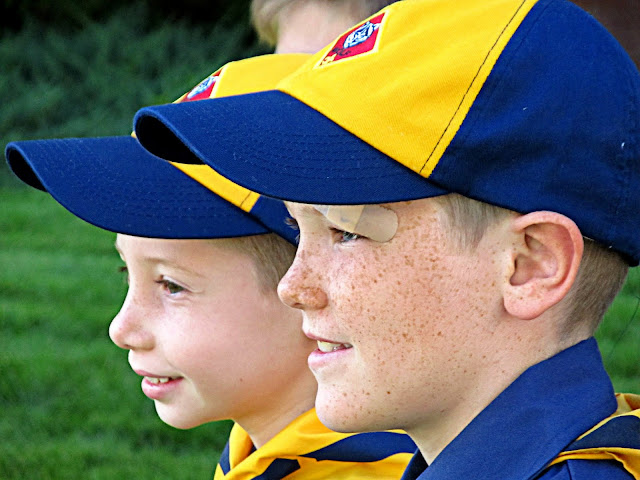 I just read the neatest thing.
Well, I loved how it was said.
I have a strange sort of love affair with words.
(Don't tell Ben.  He may get jealous.)
Here it is:


"A man's character is the reality of himself.  His reputation is the opinion others have formed of him.  Character is in him; reputation is from other people.  Character is the substance, reputation is the shadow." --Henry Ward Beecher
When I read this I thought about my kids.  My desire for my children is that they become people of strong moral character.  The essence of who they are.  If I can help them develop the character part, hopefullly, the reputation will take care of itself.  I can't control that.
We've had a lot of soccer games where the kids said over and over again that the other team was cheating.  Pulling jersies, tripping, etc.  Or they'll talk about what someone else did and how they got away with it to come out on top (at the expense of his integrity).  Kids (not all, but many) are so concerned about winning and losing and who has the upper hand.
Unfortunately, the one who plays by the rules DOESN'T always come out on top.  That can be a tough lesson to learn for a kid (and even for an adult).
How do you keep a child focused on the principle instead of the result?  Especially if it happens over and over again and the good guy falls short result-wise, but successful principle-wise?  That's the trick.  They need to feel that doing the right thing was worth it.
I figure in the end, God with deal out the comeuppance.  Kids, however, have a shorter line of sight.  They'd like immediate retribution.
This reality is one of those character-building lessons.  I have to hope that God will fill them up with good feelings, strong enough to carry them through those moments of missed glory or success.  Strong enough to form a lasting, strong, solid, moral conviction.  Strong enough that their chartacter becomes a strength and an asset.
Basically, I just want them to be like Abraham Lincoln.  Random, I know, but he fits the mold.
It's crazy how my mind constantly tosses and turns about my kiddos and my hopes for them.  And yet, ironically, they have absolutely NO IDEA how much they consume my thoughts.﻿  If they did, I'm sure they'd never say things like, "You hate me" or "You don't really care about me."
Ahh, if they only knew.
If they only knew. . . .
at 11:21 PM

I know what you mean. I feel the same way. I still don't fit in my nice clothes, but I don't want to spend the money, nor do I have the time, for new clothes. Good job!