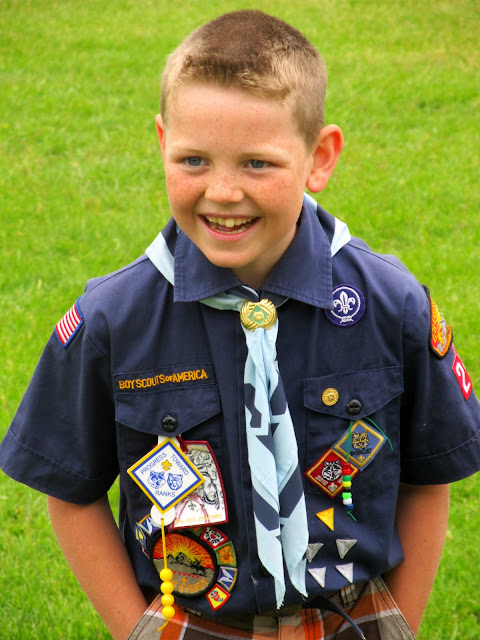 Another year, another day camp with the scrub scrouts.
Life doesn't get much better than that!
Ha, that was funny.
Sarcasm aside, I really am one of those scouting nerds who finds day camp FUN.
(I can't believe I turned into one of THOSE people.)
I'm not a nazi-scouter, but I find the program fantastic for boys.
I was always jealous of the fun things my brothers got to do because they were "scouts."
Scouting is a good thing.
I dread the inevitable day when the boys will think that scouting is kind of nerdy.
But, until that day, my boys are going to "do [their] best to do [their] duty to God and [their] country, to help other people, and obey the law of the pack."
So let it be written, so let it be done. 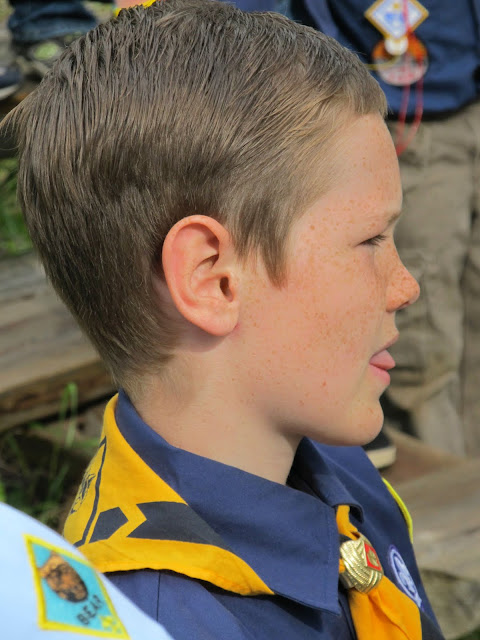 I tagged teamed with another pregnant den leader in the bathrooms (from a different pack).  Funny, we kept bumping into each other.  She was in, I was out, or vice versa. 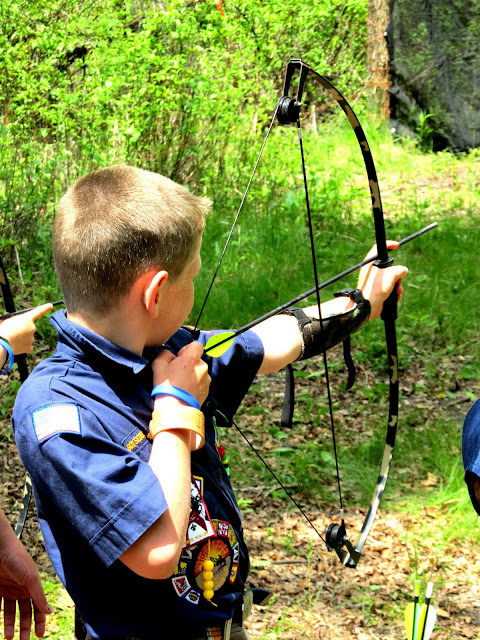 We survived a rainstorm and windstorm.  Luckily, we started and ended with sunshine.  I'm amazed at how much money boys waste at the Trading Post (scout store).  One of the boys in my group brought $50.  He must've pulled one past his mom.  My "poor" kids only had a measly $3 each.  I'm such a mean mom, allowing my kids to ONLY blow three bucks on candy.  Poor, poor boys.  Wicked, wicked (wise) mother. 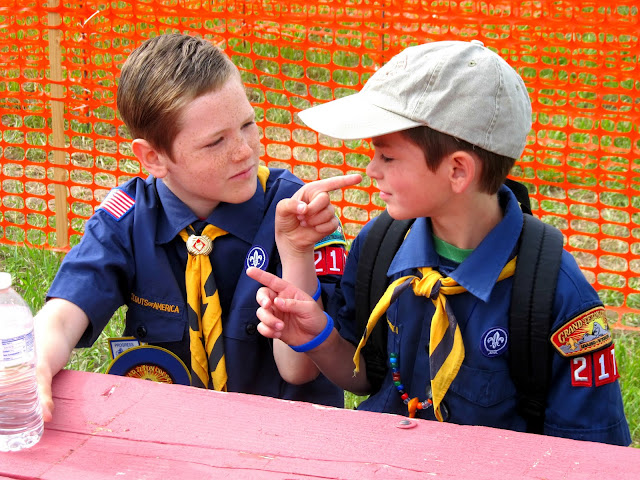 We were exhausted and full of great memories by closing ceremonies.  I was ready for a nap.  But I was also so grateful to spend these times with my kids.  I often wonder how much fun I'd have if my own kids weren't cub scouts.  Not as much, I'm sure.  It's great to be doing what they're doing.  I love my fellas. 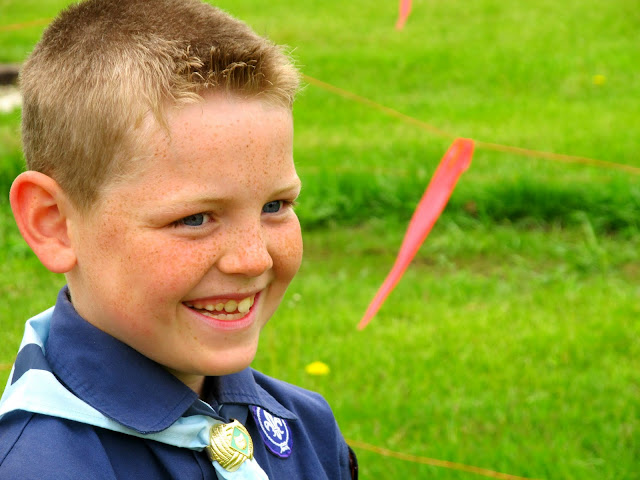 First, I love your camera...second it was SO great bumping into you at the dentist the other day, and third you are so creative with your plates and all your decorating.YOur house belongs on the cover of Good HOusekeeping. LOVE IT!!!