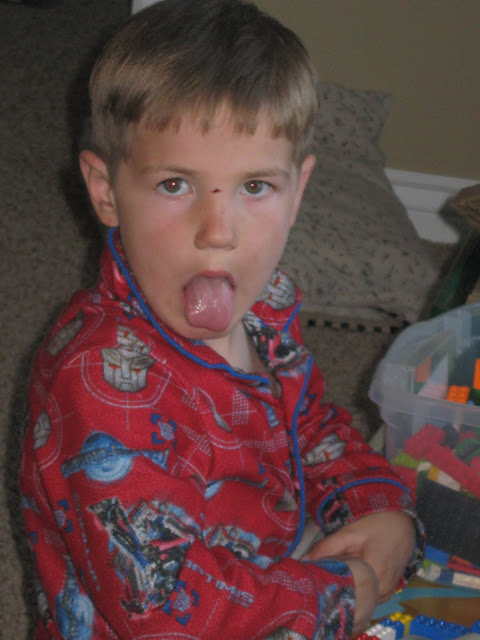 Saturday morning in bed, Ben was jealous of the attention Annie was getting from me--snuggles, kisses, the works.  He wanted a turn...a few moments to spoon with his dear, sweet, extremely beautiful, smart, witty, humble wife (oops...did I write that?).  After a verbal wrestle with Annie (which he lost) he called her a crusty, old barnacle!  To think, Ben could stoop so low...
at 8:59 PM