Lincoln had a little lamb... 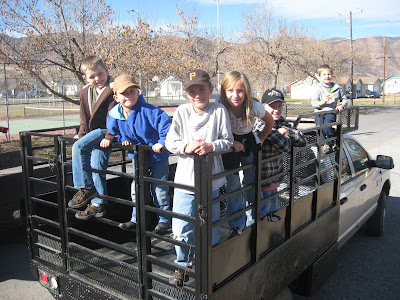 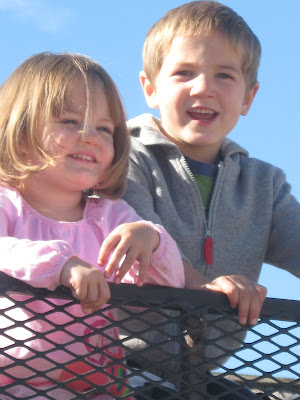 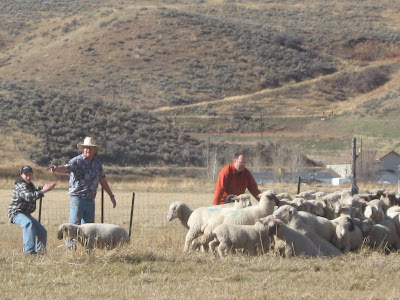 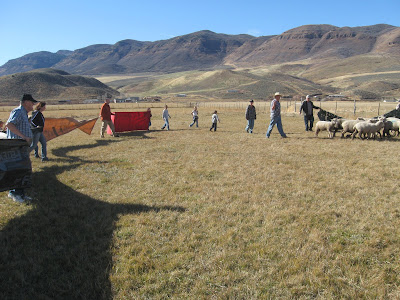 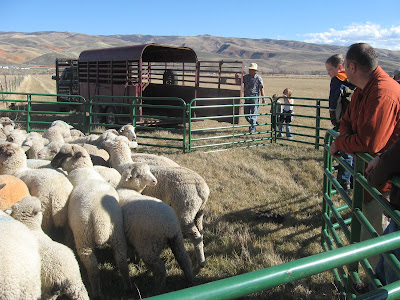 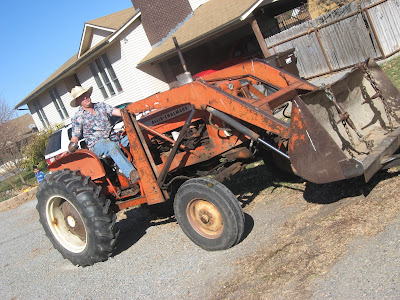 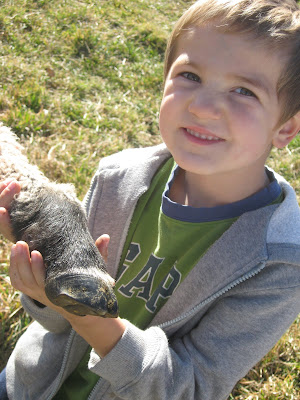 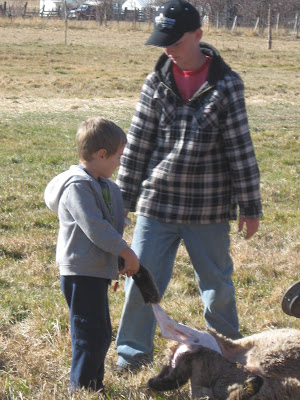 Literally.
We went to Utah last weekend.
I love when there's work to be done on my brother-in-law's farm.
Saturday: slaughtering sheep.
Who would want to take part in that?
Me.
Farming is still a novelty to me.
I should have been raised on a farm.
They probably think I'm weird, morbid.
I felt so primitive herding them.
It was such a family affair.
The older kids walked behind the sheep.
The men led them, arms flapping, shewing them
towards the little ones and the mothers.
We held long canvas tarps, acting as 30-40ft barriers
to keep the sheep from scattering.
There was something so satisfying about working together,
everyone with a job.
We penned them in and chose 9 of the fattest.
In this game, you certainly don't want to get picked first.
I kept thinking to myself, "Do they have any idea what's coming?"
I have a pretty strong stomach, usually.
Let's just say that after the first sheep, I'd seen enough.
No, I didn't throw up. I'd been educated, and that was enough for me.
Lincoln, on the other hand, couldn't get enough.
It's quite a bloody job. I lost track of how many times I said,
"Lincoln, step back."
Some people collect sea shells.
Others, rocks.
Lincoln, sheep feet, hooves, whatever you call them.
He was so mad that he couldn't take them home with him.
In your dreams, buddy.
As if bringing me a sheep heart wasn't enough.
Needless to say, I stressed over and over to my kids,
who don't see these kinds of things on a regular basis, that we kill animals for food.
We don't kill them to be cruel. This is the circle of life. Life.
A life that 90% of our population doesn't see.
They see it packaged in the grocery store.
Farming 101.
Passed.
at 2:13 PM

I love how much you love it :) Annie looks so old! Love ya

Wow, strong stomachs indeed! An experience, for sure.

Annie's hair looks so cute. So grown up.