I don't think I'm exaggerating.  This may very well have been THE world's shortest band concert to date.  We were warned that, "If you're even five minutes late, you'll miss the concert."

Brigham's band teacher is a good friend of ours.  I love this man (or, I should say, I love what he stands for, what he represents).  What boy DOESN'T need as many role models as he can get, showing him the ropes of being a good man?  The more the merrier!  Mr. Barton is The Man.  He's passionate about what he does and is totally cool in a band-nerd sort of way (I mean no disrespect, but you know what I mean when I say it, right?).  If it's cool to Mr. B, it's cool to them.

And most importantly, he understands the awkward weirdness of 5th//6th grade boys.  THAT is a gift.

I'm amazed what a dedicated teacher can do with a mass number of kids who've never played an instrument before.  It was nothing short of a miracle, really, and a testament to his skill.  And, to tell you the truth,  five-minute concerts are kinda my speed right now.  It's great for the whole family, leaving no time for wrestling matches to ensue!

Brigham did great from what I could see of the top of his head.  He was a little nervous at first but once he spotted his friends, it was all chill--in a 5th-grade-chill sort of way-which we all know is rather entertaining to say the least.

** In other news: I think Sam may have eaten Baby Jesus from one of our (non-edible) nativities... 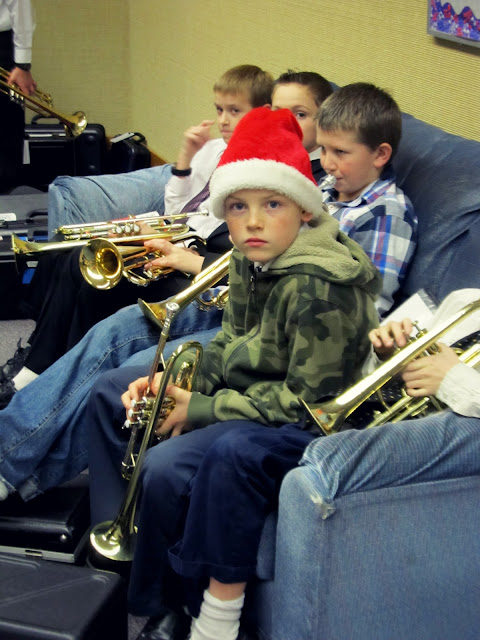 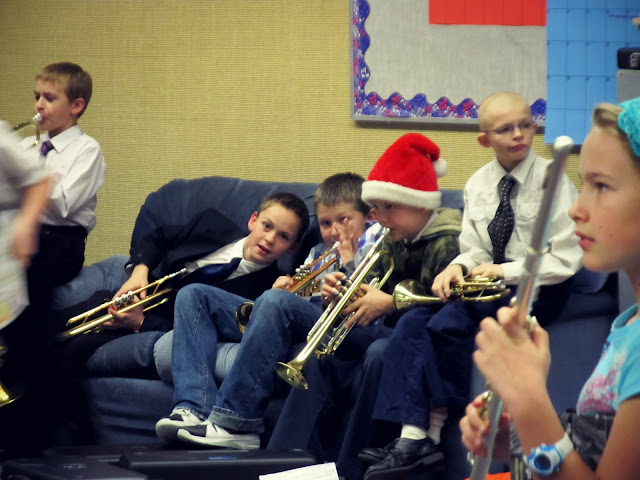 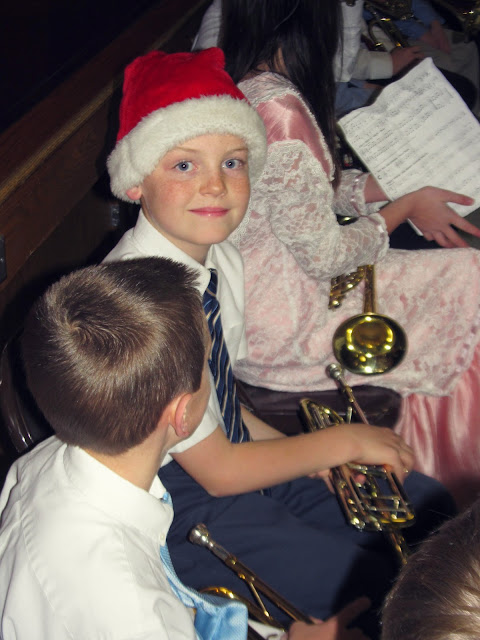 I mean, the COOLEST.

(I always thought Brigham looked just like Ben, but in that last picture, he looks exactly like YOU!)

Mr. B. is the coolest! He made everything right for Hunter in middle school.

I'm just wondering if Sam will be extra Christlike in life if he actually consumed the Christchild? hmmm....