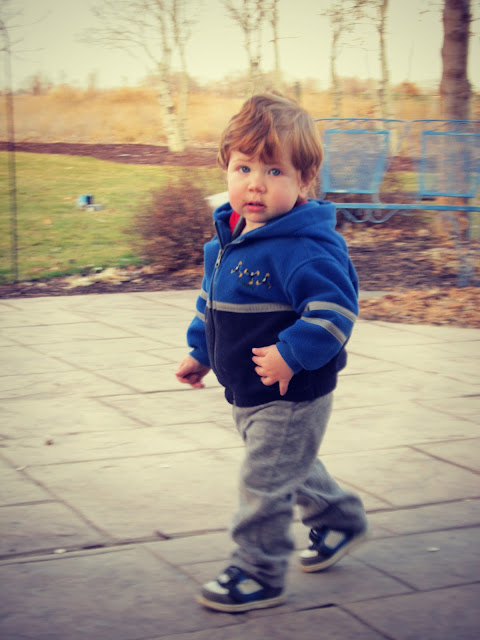 I could be wrong, but I bet I burn a thousand calories keeping up with this boy.  And the messes, my, the messes.  I forgot about those.

It's all part of a grand plan to keep my life real, I'm sure of it.  There's no room for pride when you're wiping poop off your computer or reclaiming an opened, disassembled tampon that Sam's trying to share with the guy down the row at church.

We had a nice family discussion with our school bus-driver (a friend) about Lincoln's ever-expanding vocabulary.  One word in particular.  It starts with an "A" and ends with a "hole."  Forgive the lameness of that last sentence.  I'm not a swearer, I can't even type it.

The part that kills me is that all the kids (I don't think Brigham was home) were saying the word over and over again because they had no idea what it meant or that it was totally inappropriate to repeat.  Yet, repeat they did.  I think there was a fascinating curiosity about the idea of saying it over and over again.  They milked it...knowing this was their only chance to say it without consequence.  Little Stinks.

Just so you know, listening to a five-year-old say that word was kind of disturbing in an oddly funny sort of way.

This was another one of those moments when I realized how important Home is for kids to learn the do's and don'ts of life.  There's safety at home, learning and messing-up and trying again.  Love is woven through everything. Learning from society is a different story.  Justice can be very heavy-handed teacher.

Pahahaha! When I write write about the funny annoyances of being a mom, I sound like I'm whining, but you make every situation sound funny!

"or reclaiming an opened, disassembled tampon that Sam's trying to share with the guy down the row at church."

oh my hilarious. I just laughed out loud at that.

and that Sammy!! WALKING! (or running actually...heh)

I absolutely love Lincoln's discovery of a new colorful word. I'll be sure to use it lots when I come to visit next. We could play scrabble! hahaha.

These things are all a little funnier a few hours AFTER the fact. At first, I have to say, I was slightly mortified. But, ah well. What can you do, right? Just keep on loving my tampon-sharing and foul-mouthed children...because one day, when I'm a senile old woman, I might be the one with a foul-mouth trying to share tampons with people :).