I'll admit that Ben and I have never been technologically up-to-date.  We don't have the "latest" anything.  A couple of years ago we upgraded from the television we'd had since we got married.  12 years ago!  Obviously, things with "screens" don't rank high on our list of must-haves or needs.  Not that we think they're bad, not at all.  We just wanted or needed other things more.  Okay, there's a preface for you...

Onto the battle that's raging...

Kids will be kids.  They like screens (video games, movies, our phones, etc.).  Who doesn't like to be entertained, right?  I find myself fighting against letting them watch/play screens, in all its forms.  Not that they don't ever watch/play, I just always feel yucky about it.  And frustrated that they always ask.  I want them to feel that watching/playing is special, not something they expect or feel entitled to do whenever they want.  I never wanted our kids to be the ones who zoned out of real life because of technology... like guys you hear about who are addicted to video games and can't function in real life. 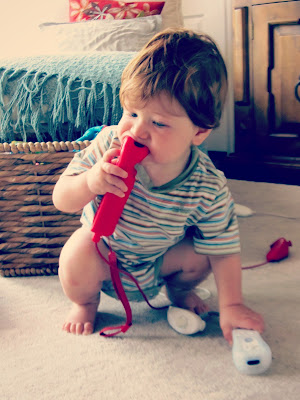 I had nightmares that my kids would rebel, becoming "that guy" if I continued to deny them all access, or was always negative in my attitude about their use of screens/technology.  I guess I should add that I have no problem using technology.  I love having these things at my fingertips.  But the incessant nagging and constant reminders that their 7,9, and 10 year-old friends have ipods and iphones (I'm not sure if I believe them) and this and that video game...it drives me CRAZY!

I realize that any behavior taken to the extreme can be bad.  That includes my MY aversion to screens in general.  Technology is GOOD.  Technology can be used in positive, productive ways.  While I was (and still am) struggling with finding a balance for my kids, I read this quote by George Albert Smith, about new technologies (he said it in 1947!!), "We ought to regard these [inventions] as blessings from the Lord.  They greatly enlarge our abilities . . . .  The great challenge facing the world today lies in the use we make of many of these inventions.  We can use them to destroy . . . or we can utilize them to enlighten and bless mankind . . ." 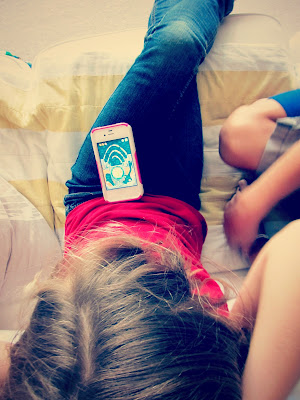 The answer for me isn't removing them all together (which was my inclination).  It's finding a balance and being POSITIVE.  I realized that I was acting out of fear.  Fear of losing control, fear of not knowing how to use technology in healthy, balanced, productive ways, fear of giving my kids too much freedom too soon, fear of letting screens become a babysitter too often because it's convenient.

Acting out of FEAR is not the answer.

The school year isn't as hard.  Our rule is set: no screens during the week (unless you're ill, or I'm going crazy, or a friend is over).  The weekend is our screen time.  Especially when Ben is home and playing/watching with them.  I find myself struggling with this more in the Summer (Hah, Summer is nearly over and I still don't have a concrete rule!).

Wish me luck in my quest to subdue the screen-bug.  Or at least to TAME the screen-bug.  I keep having to remind myself that WE WILL OVERCOME!  I figure if I'm worrying about it this much, hopefully my kids won't be lost causes.  Only time will tell :).
at 12:15 PM

I have the exact same struggle in my home too! I worry about letting them play too much, or denying them all together. My husband is a huge gamer, but tries to only play when everyone is in bed(he works nights),or when we are bored and not doing anything. We own every console. This is an ongoing battle between me and Michael. And I worry about my boys not having good work ethics and living lazy lives, or thinking they are entitled to play. They too compare themselves to everyone at school and around. I have pretty much the same rules about screens as you- weekends and sick. We do tend to play with electronics more in the winter and less in the summer because we are outside and gone when the weather is nice.

Michael and I still don't own a single cell phone between us. I think we might be the last adults in this country to not have cell phones-hahaha.