General Eisenhower said of the D Day crusade, "We will accept nothing less than full victory."  That's how we felt about the science fair.  The cost was high, but the cause was just:).

This year was going to be different.  No late night cramming.  We were going to start early and make these projects an educational WONDER.  The kids would be able to explain their projects in their sleep! 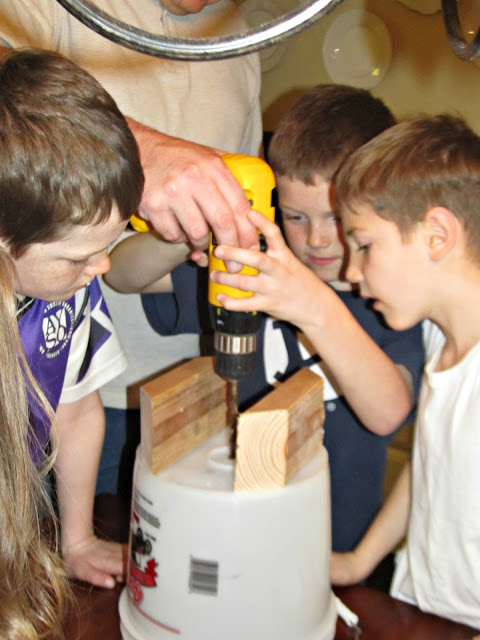 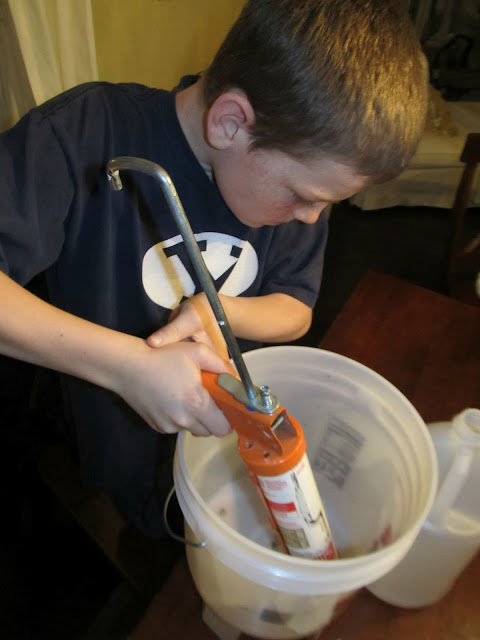 We got the early start, the experiments completed.  But the rest?  Well, we did the best we could.  And, yes, we had some major late night cramming.

Brigham chose the science behind quicksand and made his own.  William chose to grow his own crystals. 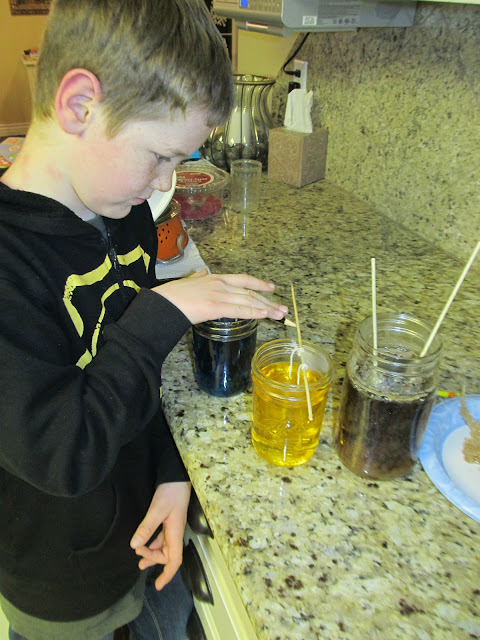 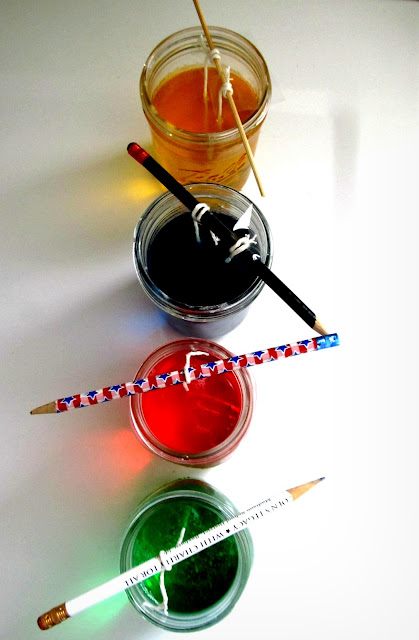 No matter how prepared you are, there's always so much more to do than you think.  The night before they were due, we worked from 3 pm-12 am.  Ben came home early to help because the quicksand bit was HIS territory.  He and Brigham worked that magic.  I helped William with his crystals.  That was a little more my speed.

You remember the Chinese-food fiasco.  I will never order take-out Chinese again, unless I'm a millionaire.  I'll take a $5 Little Caesars Hot 'n Ready, instead! 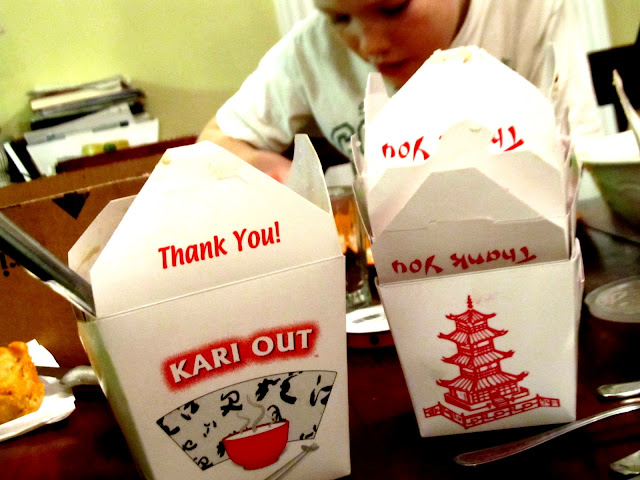 By 10 pm, we sent the boys to bed.  We glued the information onto their boards for them, typed their journals, and cleaned up the HUMONGOUS mess that took over our kitchen and family room.  I didn't realize how nervous Will was about his project until the next day.  When he saw the finished board and all his stuff packed and ready to go, he pulled me aside, put his arms around me, and whispered in a voice of total relief, "Thank you SO MUCH, Mommy."  Oh, that boy.

Their projects were a hit.  The kids were so proud of them.  They worked hard and so did we (which may not be such a good thing). 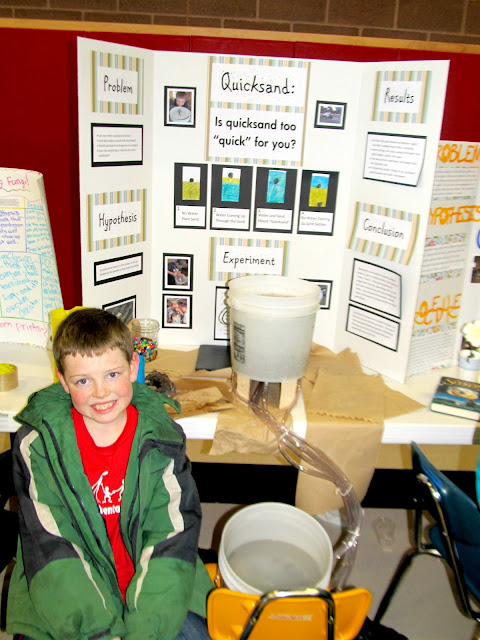 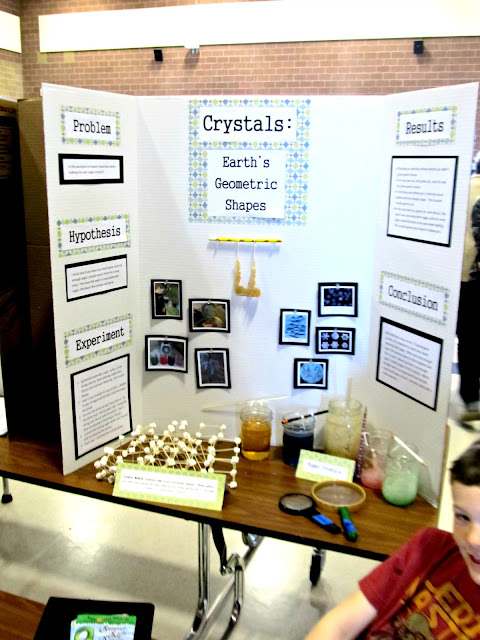 I'm always torn about science projects.  When you walk around, you can tell who had help from parents and who didn't.  I know that kids learn more when they do it ALL themselves.  They have to really step up.  At the same time, these kids are still so young, still learning how to write well and use computers, still learning how to think things through and make conclusions.  Boys are sloppier than girls:).

I think we helped our kids too much.  Darn my perfectionist-self, but I wanted them to look nice.  Maybe I should have let them struggle more, made them type their own work on the computer (they wrote it out, Ben and I typed).  I don't know.  I forget that the teachers aren't expecting high school science projects.  They're third and fourth graders!  The projects aren't expected to be too complex.

I have four more opportunities to perfect the "Parental Help" issue.  I'm bound to get it right, eventually.

We were all exhausted by day's end.  I went to bed thinking I never want a day THIS crazy for a LONG time.  Once science fair per year is enough for me!
at 8:59 AM

1. The projects look great! (I'm really starting think that the science fair is just to torture the parents! ;)
2. Happy Birthday to Annie! She's too cute!
3. I love seeing pictures of your parents. It takes me back. :)
4. A half marathon? You go girl! So awesome. Ryan tried to encourage me to one this summer. Um, no thank you. Maybe another tri? (who are we kidding. really.)