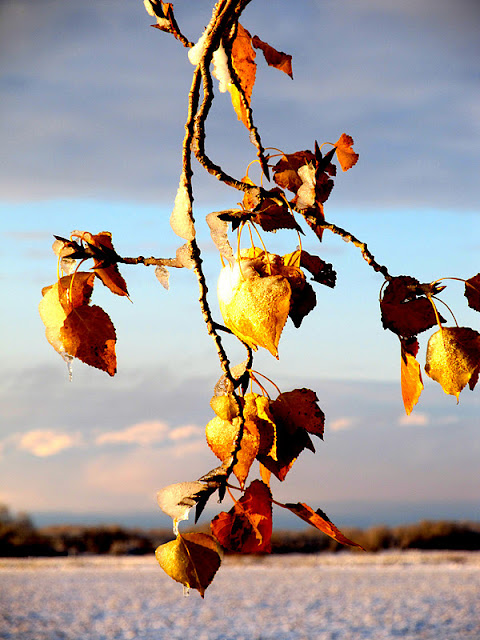 I have so many jumbled thoughts and needed an outlet.  Guess you're all the lucky recipients.  Lucky, unlucky, you decide:).

- Christmas music is on (Karen Carpenter at present).  It appears that I'm surrounded by Christmas lovers, too, because one local station has started playing it already.  Yee-haw.  This has got to be one of the greatest natural highs on the planet!

- I was right (from a previous post).  Lincoln wrestled in his first match last night.  He lost twice.  He cried.  I can't help but feeling my own fierce internal wrestlings when I watch my boys wrestle.  Ben's on the mat shouting what to do, helping them along, and I watch as they're pinned, face to the mat, eyes wide, intense, and focused on Ben.  They exert so much on those mats, and not just physically.  Sheesh.

- I saw the COOLEST thing at the match.  There was a boy, probably six or seven.  He was deaf.  During his match, his mother was right there beside them, laying on the mat, signing like crazy.  They'd move, she'd move, all the while communicating with her son as forcefully as the match itself.  What a mother.  What a sight.  (I thought to myself that I wished I was deaf, too.  A cacophony of voices in that gym.  Talk about overstimulation.)

- It's snowing.  My dear friend put her Christmas lights up at Halloween.  I'm thinking she's pretty smart.  That's our weekend goal.  (Once again, this is totally an Idaho thing.  If you miss your window of time, you're sunk . . . or buried, in snow, that is.)

- I think I've lost whatever weight I'm going to lose naturally from having a baby.  Now it's all up to me.  I have a teensy problem that could quickly morph into a LARGISH problem.  I have zero motivation to exercise and I'm hungry ALL THE TIME.  Everyone says it's the nursing that keeps me hungry.  Cold weather is the greatest detriment to my psyche.  I hate being cold.  I don't want to go to the gym ($10.59 down the drain every month), because I can't bear to leave Sammy in the gym daycare.  I'm afraid to exercise in the dark.  Can you believe it's because of dangerous wild animals, like wolves, where I live (they spotted some last winter and warned us to use caution)?  I have a really great treadmill, but I last about 1/2 as long, compared to outdoor running.  I just have to buck up, I know, and get on the ol' treadmill.  Kill me, now.  Ugh.

- Lincoln's struggling in school, as if he doesn't care or doesn't realize that his efforts count for something.  That they determine something.  Too often it's a race to get done fast so he can move on to more "important" things.  Careless mistakes when he knows better.  I'm having to dig down deep to put forth the time and effort to get him where he needs to be.  This is SO HARD for me.  I find myself wanting to say things like, "Do you want to have to do 1st grade over again?"  Scaring him to perform better.  I know that's wrong.  Life is just SO full already, I don't think I have the energy to stick with rewards and goals on a consistent basis.  It makes me want to cry just thinking about keeping up with that in addition to everything else on my plate.  I remind myself often that the Lord won't give us anything we can't overcome, and I believe that's true, but I'm fighting to motivate myself enough to take it on.

- I'm addicted to the ABC show, Revenge.  A guilty pleasure.

- I am delighted with my sweet husband.  Usually it's been me that gathers our family for prayer each night.  He has really stepped up to the plate and taken this on.  Even when I would've sent the kids to bed because it was too late, he has gathered us together.  That softens my heart and makes me all gooey inside.

- Should I be concerned that Annie can eat a whole box of mac n' cheese by herself?!

- I'm curious if the new Twilight movie is going to be good or a little sketchy?  I've heard a few things that make me wonder.

- I woke up with the beginnings of a cold sore.  Argh.

- A man is scheduled to be executed by lethal injection Friday.  I'm angry that people are saying how cruel it is to do that to him when I think of the cruel and despicable things he did that sent him down death row in the first place.  Lethal injection is mild compared with what he did.  And protesters say it's cheaper to keep him in prison for life than to end his life.  I'm not sure how that math works out.

I was going to end this post, but, gosh, what a downer.  Let's end on a good note, shall we?

- Thanksgiving is one of my MOST FAVORITE holidays!  I can't wait to begin baking!  And I've discovered the cutest homeade Christmas gift for my brother's family, but I can't share it here, because then they'll know.  Believe me, it's cool.  A Martha Stewart discovery that is SO tailored for my brother's family.  I love it when things go together PERFECTLY!  I just hope I have enough time to make it work.

i loved reading this. it is so real and so familiar.
love you netsker-- God gave you Lincoln because He knew you were JUST what that kid needs.
i see it too.
you are perfect for him.
and, he's going to be SO GREAT!
and, He's making you so great using lincoln.

Just THIS month, i lost more baby weight, doing nothing, except nursing. Give yourself more time to delight in babyness. HONESTLY. You'll loose it!\

don't mean to sound all advicey... just "you're better than you think you are"ey.
love ya!

I have a random thought I want to share... I think you should change the name of your blog to 71 toes just to see how many people ask why and how many people are just too polite and just think "oh, poor little sammy!"

I love this.
Clay wants to wrestle this year - Ryan couldn't be more delighted. (He wrestled all four years in high school. I've been to a match (or ten) since being married and find it all fairly gross. I don't think I've smelled anything worse than the high school wrestling room. Barf. But besides that, I worry for the little guys. Not that they don't learn great techniques, discipline and hard work, but it's such a personal sport. No team to blame for losses, etc. I guess we'll see how it goes.
As for the baby weight, I became a little obsessive researching about it after Olivia and Henry (it wasn't coming off like the first four - arg!). I found if I ever tried to cut calories my weight didn't move. But, if I kept eating when I was hungry my body knew it wasn't going into starvation mode and needing to hang on to those fat storages for nursing. (Starvation mode sounds way extreme, it wasn't nearly anything like that, but my body could tell when I was trying to cut back.) I read somewhere though that pregnancy weight loss has it's spurts too. Like baby growth spurts. Hang in there, I'm sure you've got some more to go. I understand how frustrating it is though with little motivation. Lack of Motivation is my middle name ;)
So sorry for the novel of a comment.
Have a wonderful Friday!