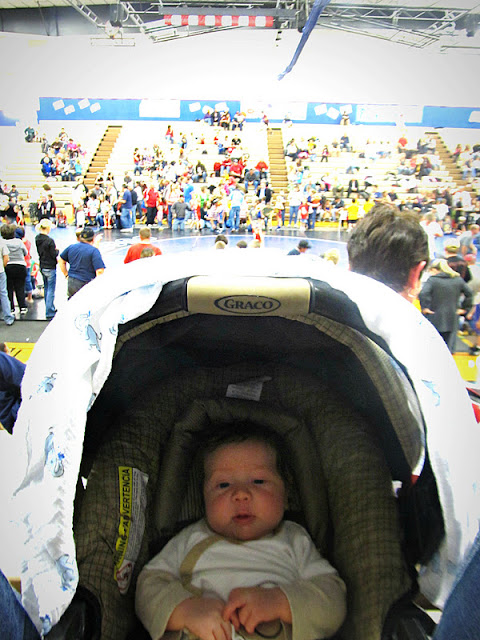 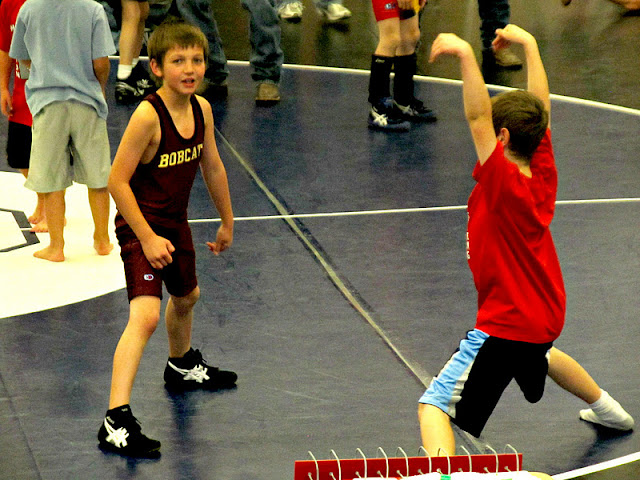 This is our second season of wrestling.
But our very first tournament.
William was our only wrestler since Lincoln has a two-week break from contact sports.
This IS a contact sport.
Talk about INTENSE.
I watched little pre-k wrestlers that could probably take ME down! 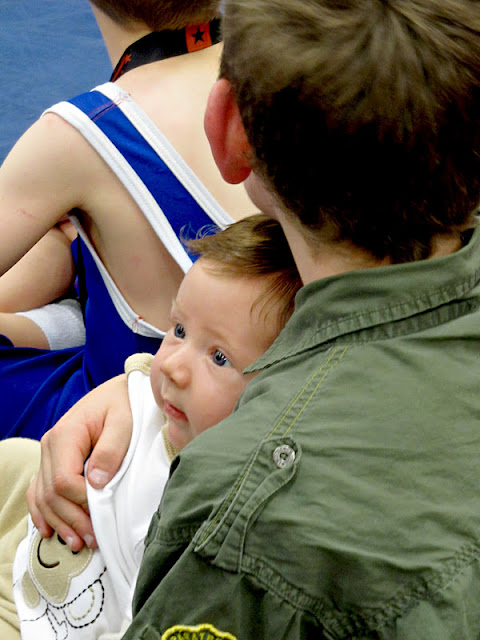 I've never been a big wrestling fan.  In high school I always thought wrestlers were sweaty, acne-ridden boys who starved themselves and needlessly exercised in sweat suits, scarves, hats, etc. to sweat off more weight.  Blech.  (I did, however, have a brief dating stint with the captain of the wrestling team, but, that's a whole 'nother traumatic post.)

Our kids wrestle because it's great prep for football.  It instills confidence, balance, etc. (not that I knew that, it's all Ben).  My kids love it. 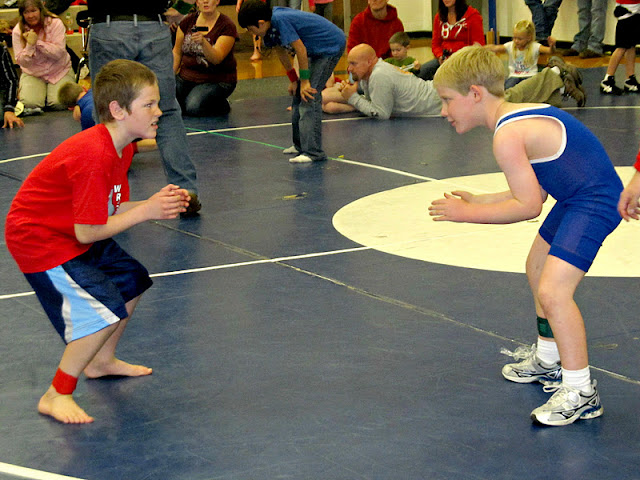 This was a more casual tournament.  As you can see, Will isn't wearing wrestling gear.  We decided not to buy the stuff until we were sure it was something they'd stick with.  I think we're getting there.

Each kid got to wrestle twice.  Will won his first match and barely lost the second.  Will had the kid pinned and then the officials said they forgot to start the clock.  Dang it.  They started again and Will lost.  But that's okay.  It was a great match.  They both worked so hard and either could've won.  Will didn't mind.  He was all smiles and patted the winner on the back. 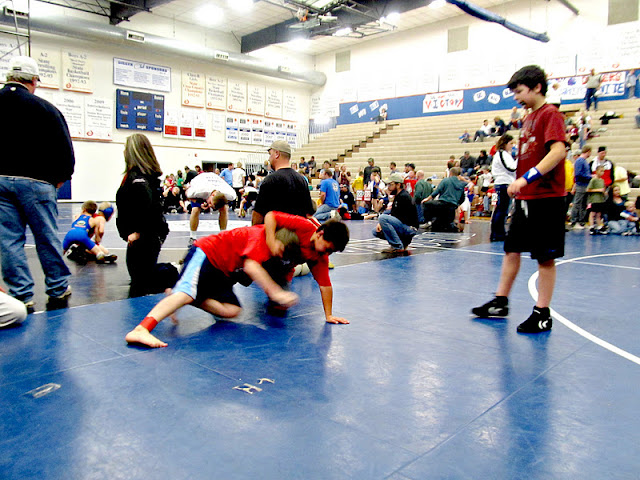 Will is my most easy-going kid.  He likes to be a part of things, but doesn't care to be in the spotlight.  My other boys are not that way.  They care too much about winning.  I expect, when Lincoln's wrestling, we'll see a few tears if he doesn't come out on top.  It's a good lesson to learn.  This is why I love sports.

It was a LONG evening for only two matches.  5:30-8 pm.  Next time we'll be more prepared with snacks and books.  I climbed my way to the nose-bleed section and nursed Sam.  I lost Annie as we were headed out the door.  I called Ben, frantic, not that he could do anything about it.  The other kids were all buckled up and I scoured the gym for a third time.  When Annie's lost, she usually huddles in a corner, or under a clothing rack, crying.  Maybe she's getting brave.  She didn't even know we'd lost her.  She was in the opposite corner of the gym, sitting on the floor holding the door open like a door-stop! 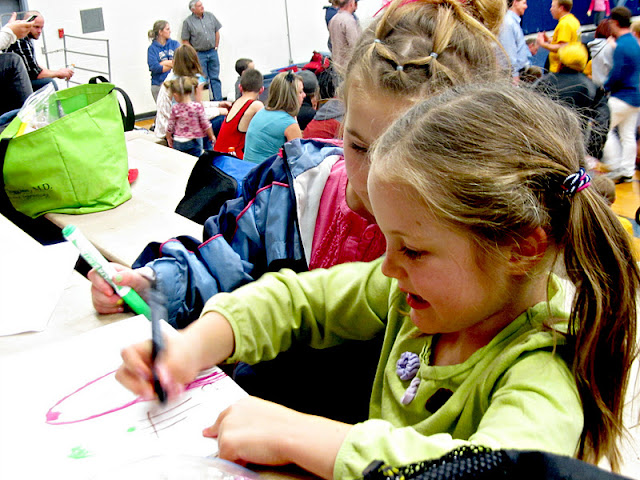 Will has proudly carried his medal around with him everywhere.  Lincoln cries whenever he sees it.  Oh, how he wanted a medal.  I kept Lincoln home today because I had to pick him up from school early yesterday.  Still hurting.  After the big boys got on the bus, Lincoln found that medal and put it on, dreaming of his moment of glory. 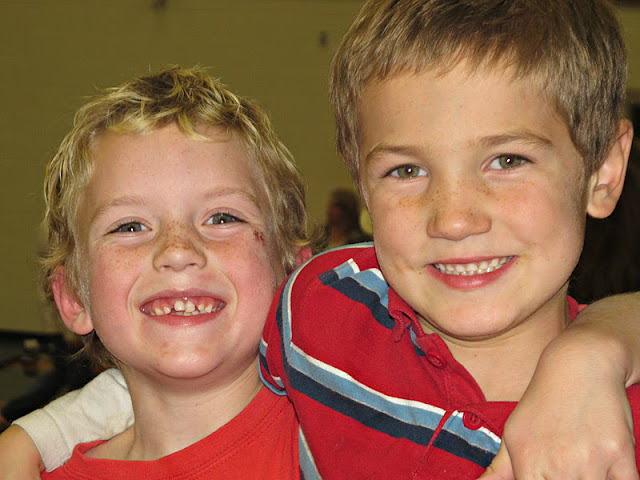