Don't Knock It 'Til You Try It. 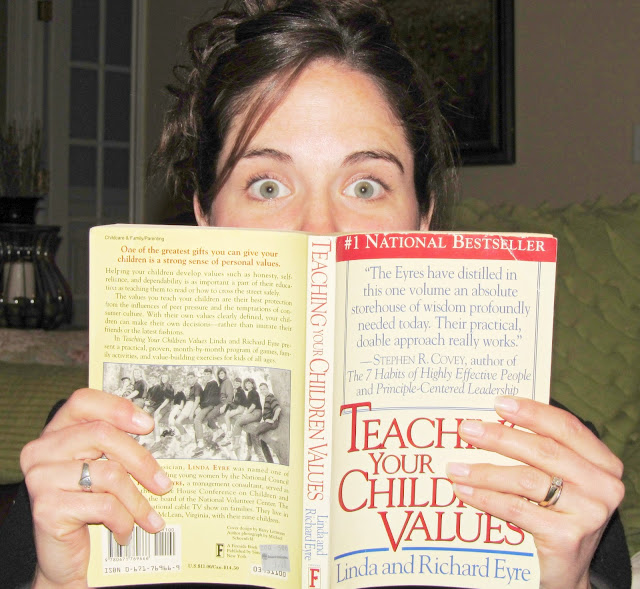 I'm thinking about writing my own parenting book [if you think I'm serious, joke's on you].  I discovered a most creative way to curb anger and replace it with laughter.  Parent magazine, eat your heart out, OR check me into the looney-bin!

Lincoln was on one today, oh, boy.  I was insistent that he lay down for a wee nap to sleep away his frustration.  He would have NOTHING to do with that, obviously.  Once we got to my room he was trying to escape.  I have no idea where it came from, this lunatic-motherish outburst . . . or act of genius, you decide.  Really, I'm sure it was just a crazy, hidden place in my brain that never surfaced until today.

Here's what I did: I started talking in another language [pause . . . for effect], not a real language, kind of a mixture of chinese, italian, arabic, who knows, just to get his attention.  Call it desperation, a way to keep me from losing my temper . . . .  All I can say is it was HILARIOUS [in a "whoa, my mother is speaking in tongues" sort of way] and I had him wrapped around my finger.  I carried on for about 10 minutes, all foreign language-ish, pointing to the pillow, using body language and words to get my point across.  I'd stop and then he'd fish for more.  But, it worked!  And . . . I almost wet my pants, too, it was ridiculous.  I was ridiculous.

Whatever works, right?  It certainly helps when you can speak chinese-italian-arabic-whatever.  Just try it.  Or, maybe, it takes a certain kind of kid to be funny.  Who knows?
at 9:43 PM

Please speak in tongues the next time we have a conversation...

I'M gonna wet my pants just imagining you! You're a genius! Gonna try it today. :)