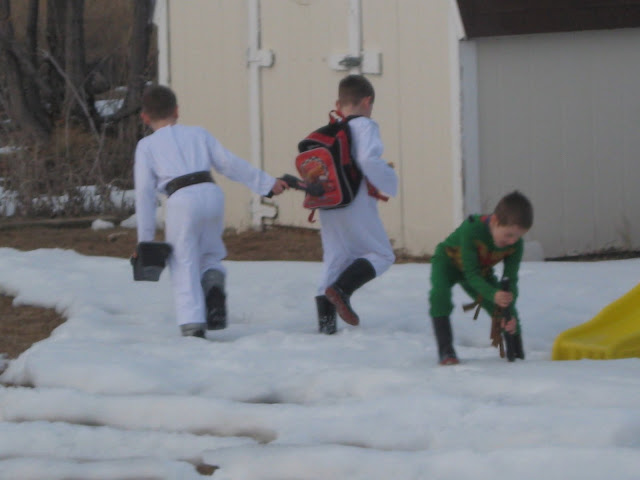 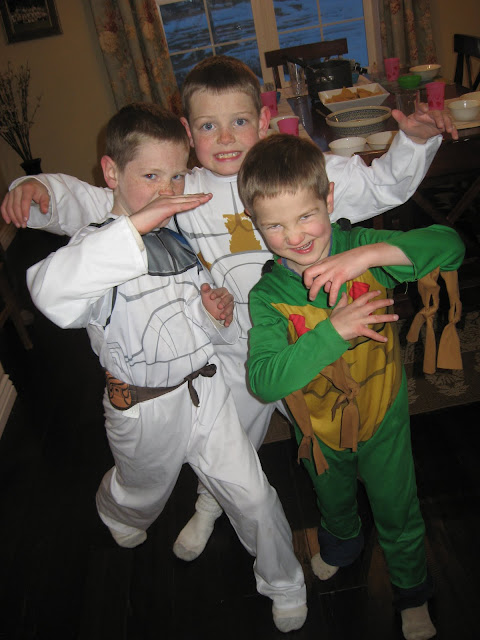 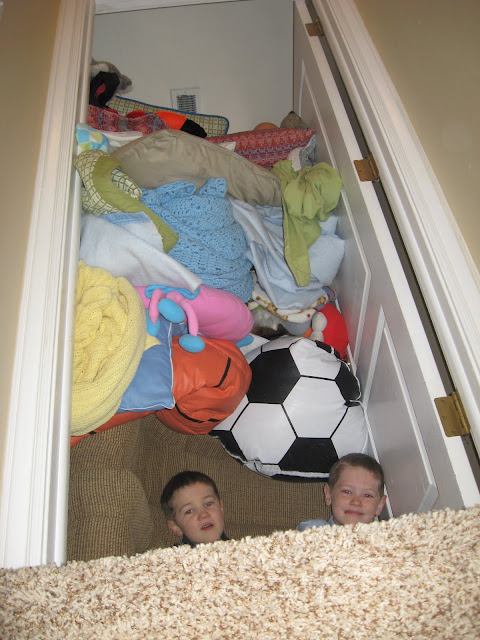 When I want to escape reality, I wish I could dress up as a storm trooper or a ninja turtle.  Then I would be totally powerful, totally unstoppable, wicked with a gun...well..., totally fearless.

I'm laughing right now, picturing myself walking into Alberston's in a storm trooper costume.  Wouldn't that be hilarious?  Army rolling to the milk...

Kids are so lucky.  I envy their freedom to be anything they want to be.  I envy the time they have to build a super-wall clear up to the top of the door frame.

I'm so grateful that they can just be kids...I mean, storm troopers and ninja turtles.

You gave me a good laugh for the dsay. I will now be picturing you all day rolling through the store. I love it!

You are soooo funny!! you made me laugh!!! I can just picture you doing that! sooooo funny!! (ooops I meant sexy and stylish!!)

Ha, ha...sexy and stylish! Gaby, you kill me sometimes!

i'm trying REEEEEEEEEAAAAAAAAAALLLLLLLLLY hard to figure out that last picture, and which way it should go. did they pile all that stuff on top of them, and you're taking the picture looking up? or do you have some insanely cool "floor door" and you just pile all the crap in there?

and also totally laughing about the trip to the store in a storm trooper costume.